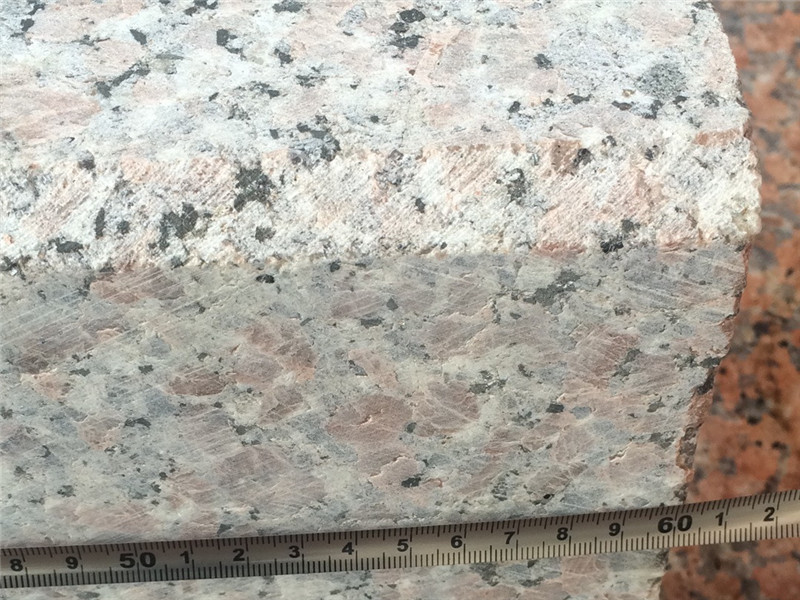 
Send email to us

Red granite is produced in Cenxi City, Guangxi, which is known as the granite capital of China, so it is also known as “Cenxi red”, code G562. The stone is crystal granular, which is named because the pattern looks like maple leaves. The color is red, which can be divided into light red, medium red and bright red. When there is white shading, it is usually called red white flower board.

Curb stone refers to the boundary stone used at the edge of the road surface by strip shaped objects cast with stone or concrete. Curb stone is also known as dental stone, roadside stone and dental stone. Kerb is the boundary between carriageway, sidewalk, green space, isolation belt and other parts of the road on the road, which plays a role in ensuring the traffic safety of pedestrians and vehicles and ensuring the neat edge of the road.

Maple leaf red granite is produced in Cen Xi City, Guangxi province, which is known as the capital of Granite in China, so it is also called “Cen Xi Red” (code G562). The stone is crystal granular and gets its name because of its pattern like maple leaf. The color is red, divided into light red, medium red, bright red, with white shading is usually called maple red and white flower board. In general, the redder the color, the higher the value.

Write your message here and send it to us